In two weeks time the doors of the 9th edition of the Motorhome & Show open and for anyone looking for a new caravan there are plenty of new models on display.

For 2020 Swift Group, Bailey of Bristol, Erwin Hymer Group and Coachman Caravans all have models that are being shown at the NEC for the first time.

Here are a selection of the new models on display.

New to the Swift Sprite Super line up is the 8′ wide Quattro EB.

Swift also introduce 8′ wide versions of the Challenger and Eccles ranges called Challenger X and Eccles X. There are four models in each range, two single and two twin axles. 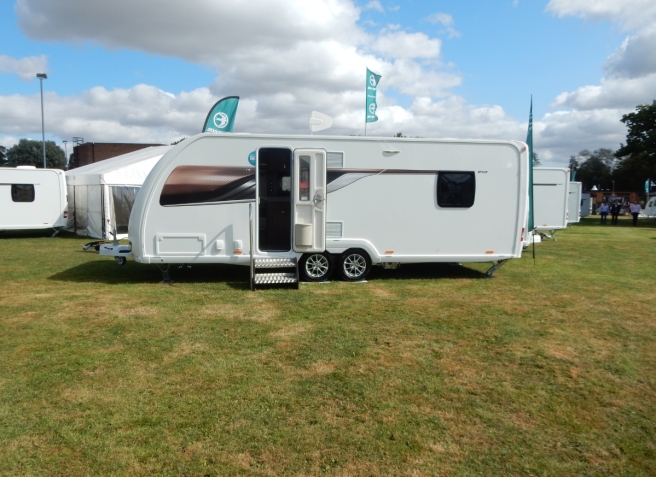 In the top of the range Swift Elegance Grande range the new 850 layout features an L shaped lounge and rear fixed bed.

Bailey have been very busy with two completely new ranges and one refreshed range. 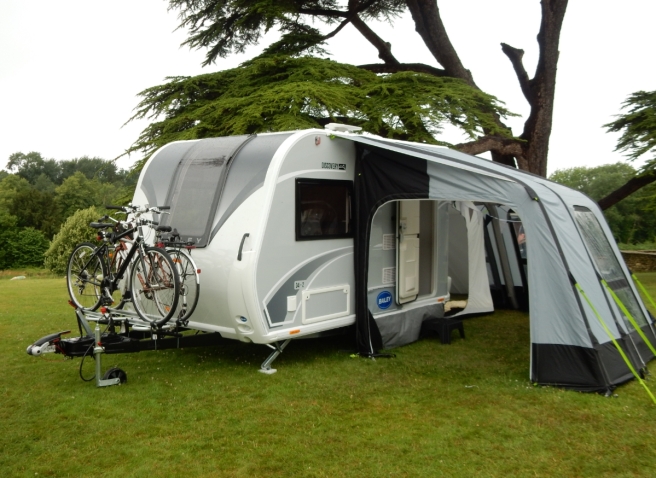 The first new range is the Discovery. Light in weight and distinctive in style, the three models can be fitted with a unique wraparound awning from Prima Leisure.

The next new range is the luxury 8′ wide Alicanto Grande. Three models, two single axle and one twin axle model add extra luxury and style not seen in a Bailey before.

Between the Discovery and Alicanto Grande the popular Unicorn range has been refreshed with the introduction of the Unicorn Black Edition. Models numbers have been reduced to seven models, interiors have been tweaked and graphics updated. 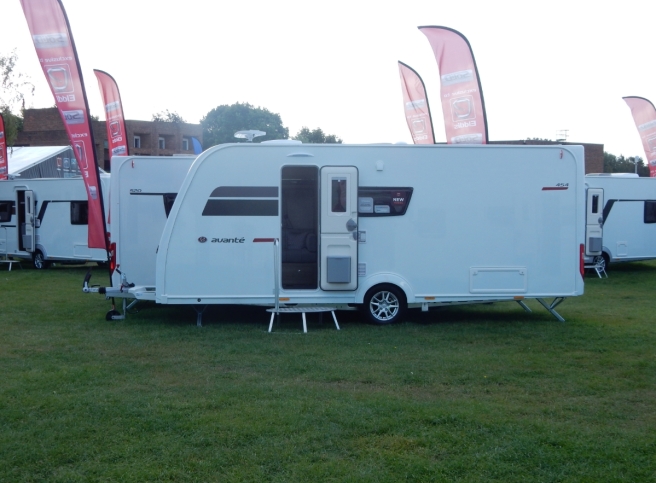 Erwin Hymer Group for 2020 haven’t any new ranges, however new layouts have been added to existing ranges. 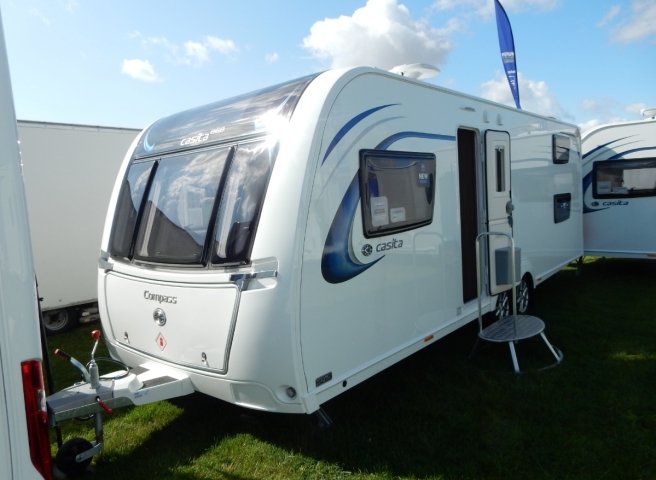 For the Elddis Avanté and Compass Casita ranges there are new models at each end of the ranges. A new two berth, the 454, may look like a family caravan except the front L shaped lounge is purely for seating. At the rear a transverse island bed is fitted. 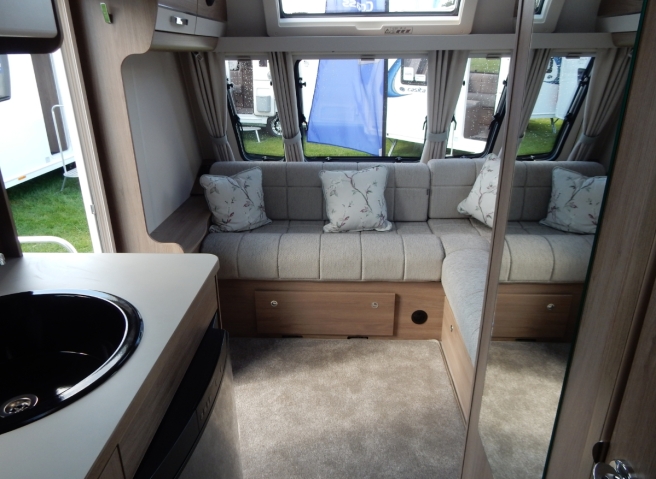 At the other end of the range the 8′ wide 868 models use a continental layout not seen before by a UK manufacturer. unusually, at the rear of the caravan is a side French double bed next to bunk beds, separated by a wardrobe.

Coachman have been very busy with the new Acadia range which is replacing both the Vision and Pastiche ranges. All ten models are fitted with Alde central heating. 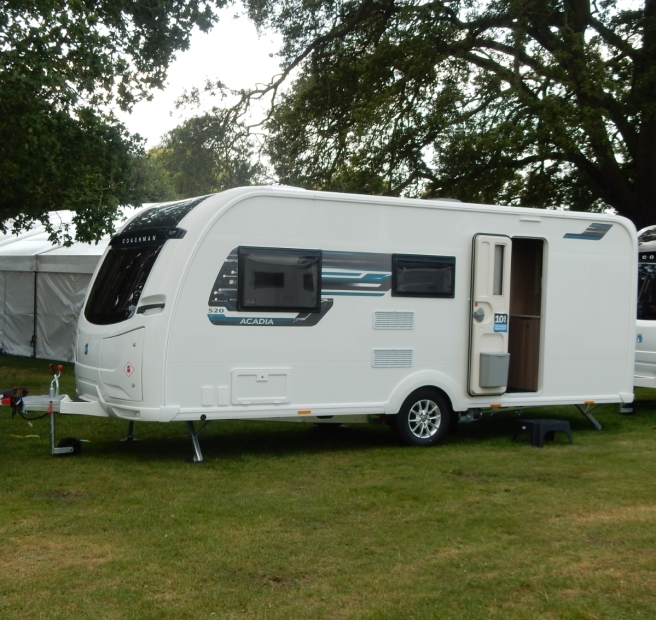 The Acadia has both single and twin axle models and has most of the popular layouts available. The majority of the models are 7’5″ wide. 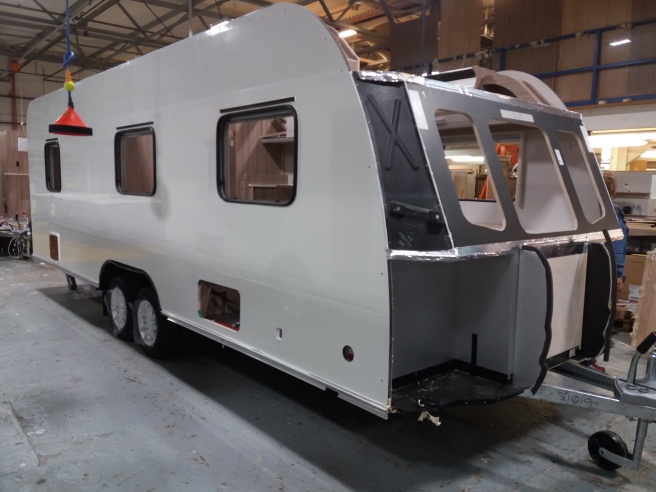 The one 8′ wide Arcadia, the 860, should be built by the time the show opens.

The final new range is the 8′ wide versions of the Coachman Laser, named Laser Xcel. Available in two models, the 850 and 875, the layout follow those of the 7’7″ wide 650 and 675 which are still available. The Xcel models are fitted with E&P self leveling, a first fo Coachman. 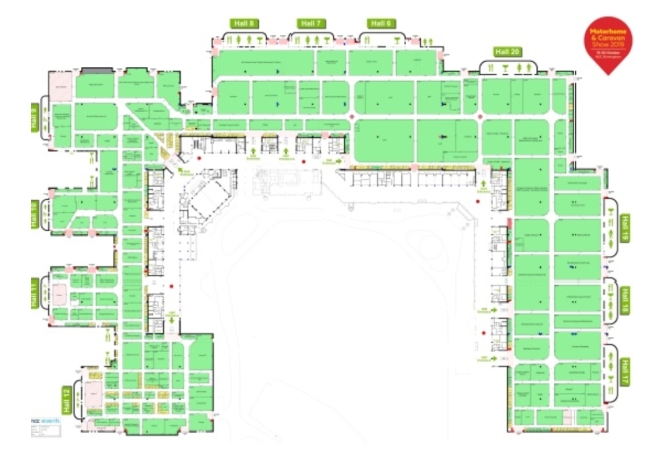 The Motorhome & Caravan Show takes place at the NEC Birmingham between 15-20 October 2019.

Full details can be found at mcshow.co.uk 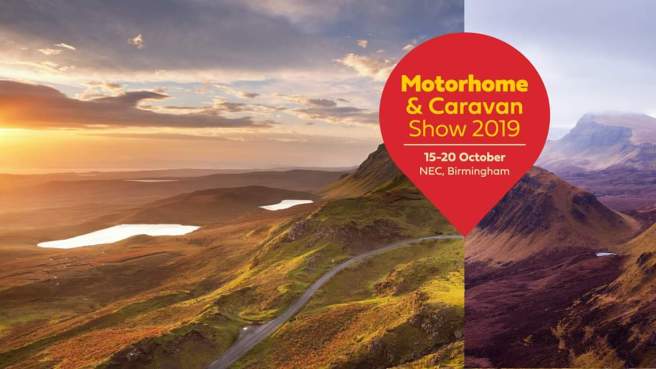